Well this is my most personal post to date. Anthony and I started talking November 30, 2012 he talked to me while I made my way up to PA for a weekend get away. We talked early that morning while he made his way home on the train so he didn’t fall asleep; and our crazy adventure started there. We made plans to go out on December 4th to a Sushi Restaurant in a town next door to us. He arrived at my house promptly on time and even opened my door for me *swoon*.

Backtrack–
I was a bit nervous, I know that everyone gets nervous for a first date but I was extremely nervous for it. You see, I’ve had BAD relationships in the past, the worst of the worst, lying, cheating, abusive, alcohol abuse, closed off, and the list could go on. Not ALL exes were liars or cheaters but they did all lack one or many qualities I deemed necessary to move forward in the relationship; ie: moving in together, engagement, moving out of state, etc. I stayed with exes because one quality I liked was so dominant I over looked the bad qualities or lack there of. After the last relationship I was in, I ended after going back and forth for quite a bit whether or not I wanted to end it. I couldn’t deal with the stress the relationship was causing me on a daily basis, I wasn’t happy and I knew that even though I tried it wasn’t going to work. That was in September TWO days before my birthday; I than vowed to my self that I would no longer actively look for a relationship and let life be as it may.

I also vowed that I would no longer ‘settle’ just to have a relationship I did that because I am extremely self conscious about my self. I realized when I turned a year older that settling isn’t and should have never been an option; there fore I took a self oath to wait patiently (I am the least patience person in the world) for my ‘dream guy’ to come along.

Fast forward–
After our second date I text Ant to see what his ‘intentions’ were for the relationship. I anxiously awaited his text back and it read ‘I want to take it slow and see where it goes’, I was happy because it was the truth not a bullshit lie to keep me from ending it immediately. We slowly got to know each other, we were polar opposites in our teams for sports, that our families are important and many other things. He shocked me for Christmas Day inviting me over for dessert at his Grandma’s house; I couldn’t believe I was spending Christmas with this wonderful man and his loving family. We also spent NYE together my cousin was having a party and I couldn’t wait to show off what I great guy I got blessed with. That day I got my kiss to end a rocky year and start off a wonderful year more than I could have imagined.

From the beginning we didn’t have the ex talk cause it was in the past but Ant knew that I had major trust issues. The relationship kept on a steady path of getting to know each other and we slowly came upon.. 3 months, which is usually in the point of either ending it or taking it further. We passed the 3 months and breezed by without a hiccup. We began going to Islanders games (his team) and starting a Taco Tuesday tradition, and spending time with his friends who are amazing to Ant and my self. We added going to Knicks games as well and were finally able to cheer for the right team together, Ant got me into NBA and I fell in love with it. Little did Ant know at the time, I had fallen in love with him.

Since we were taking it slow I had assumed that maybe it was because we were in the ‘honeymoon’ phase of the relationship. Maybe it was ‘too’ new, or we hadn’t found out each others quirks, and anything else that could deter our relationship into ‘bad news bears’ territory. But as the months passed by, going out with his friends, hockey games, basketball games, baseball home opener for the Mets, Yankee games, Subway Series, AC Trip, sleep overs, late nights up talking, etc. I realized that it wasn’t honeymoon typed love, it was over the moon I want to spend the rest of my life with him love. But I was scared, how could I tell this guy who had the ability to break my heart into a million pieces that I loved him, my heart, soul, everything belonged to him. And we didn’t even establish that we were ‘in a relationship’ , that changed one night while hanging with his friends, all of them were drinking, I wasn’t… and they all got hungry and wanted Wendy’s. Ant was waiting by my car for me and his friend screamed out ‘where are you and your boyfriend going?!‘ I said to get food and laughed… walking towards Ant he said ‘what are you laughing at?’ I said the fact that *friends name* said I was your girlfriend… he said of course you are, with a matter of fact tone hanging in the air. That spiraled into a talk about how was I suppose to know our relationship had changed? Despite the fact that we had spent ALOT of time together and had gone out on dates, and etc. Well that convo ended in him saying well we are and have been from the beginning… I smiled and said alright good now that I know. I still didn’t have the courage to say what I wanted to but we were getting closer.

Fast forward to August 25th … we got into ‘tiff’ and out of my mouth came… “I love you” clear as day with him looking up at my with his baby blue eyes. And after a millisecond came ‘I love you too’ out of his mouth, straight to my ears. After all that, we laid in bed and had the ‘ex talk’, about what my exes have done to me and ultimately what his exes had done to him. The reason our relationship started how it was because of prior relationships, how it evolved and how that both of us had loved the other for months but neither wanting to take the first GIANT step of saying it first.

After that blissful of serious talks and learning more serious things about each other, we learned that we were created for each other and made to love each other. The things we’ve both gone through to get to the point where we are now has made us better people and ultimately the ‘perfect fit’ for one another. We both appreciate what the other one does or say, we value our time together, hold hands often, kiss lovingly and with passion, and ultimately say I love you at any chance we get.

We say I love you more… I’ve always given the reason being… I said ‘I love you’ first. Well Ant has informed me he said it first, and I inwardly smiled because I remember that day he did. It was our first 5K race together, he is faster than I am and gave me a kiss before I walked back towards the 12:00 min pace people.. he said I love you, smiled, kissed me and than I smiled and said I love you. That weighed heavy on my mind and I made good time getting back to him cheering me on, but no more I love you’s were exchanged after that. So I thought he had mistakenly said that to me and brushed it off trying not to think too much how badly I wanted him to say it to me again.

I love him more than life itself, he is my better half, he completes me and makes me whole. He loves to take pictures like I do when we are out together, he loves sports, and best of all he loves me for ME. No ifs, ands, butts, he just loves me for me, with what I can offer him. We’ve talked about marriage, kids, moving in together, moving out of NY, and just the future. We have our inside things we do when we are surrounded by friends or family. He gets my quirks, my ADD, my OCD with particular things, my fears, my worries, and he still loves me. 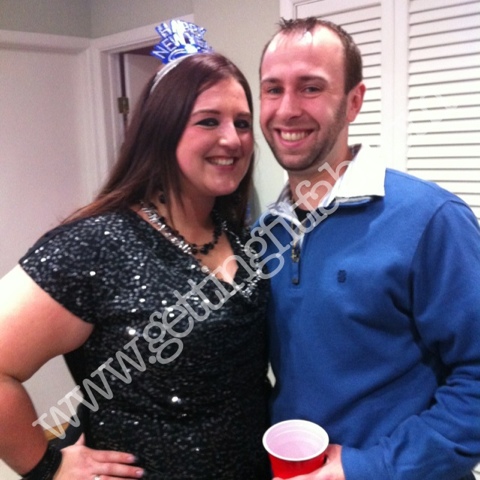 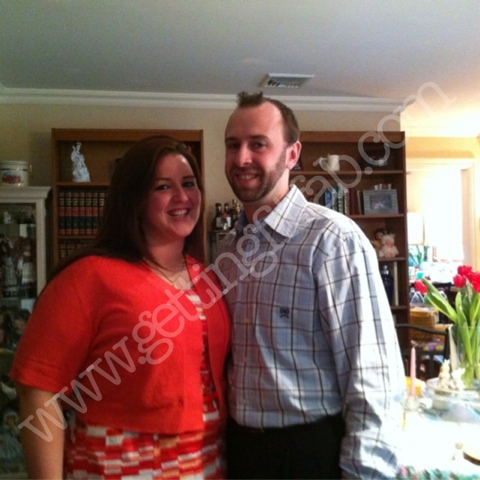 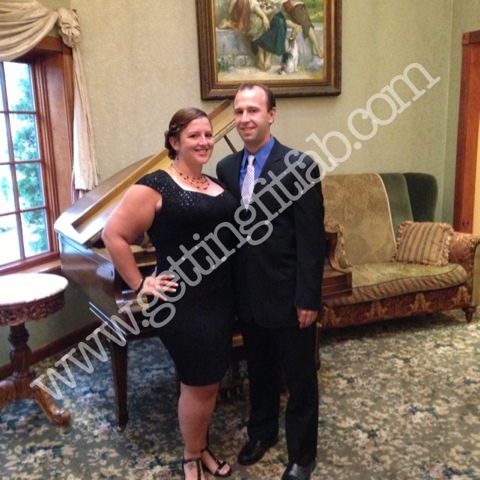 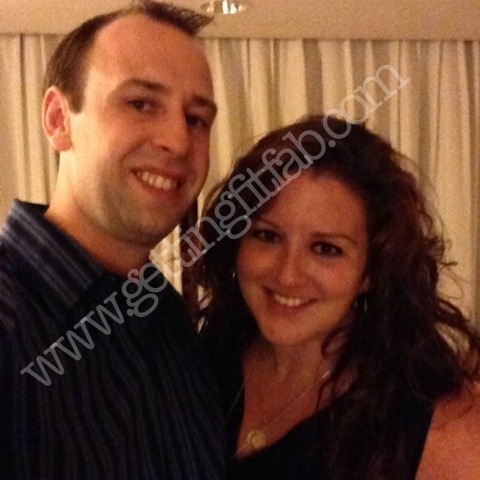 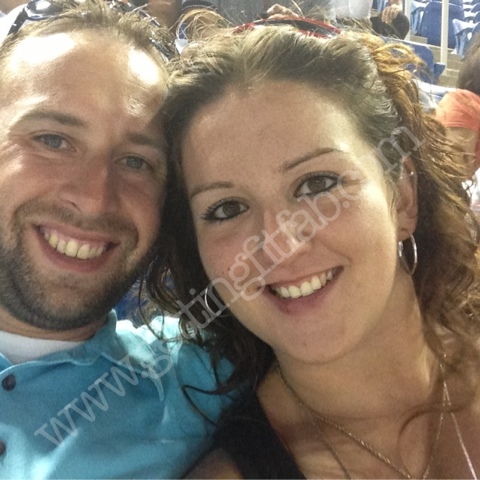 cutes couple ever
thank you sharing

Finally, someone who understands my battle with my weight. I recently put on some pounds and have been getting really down on myself. I am just glad someone out there understands.

What a beautiful love story. Congratulations!