#mc_embed_signup{background:#fff; clear:left; font:14px Helvetica,Arial,sans-serif; }
/* Add your own MailChimp form style overrides in your site stylesheet or in this style block.
We recommend moving this block and the preceding CSS link to the HEAD of your HTML file. */ 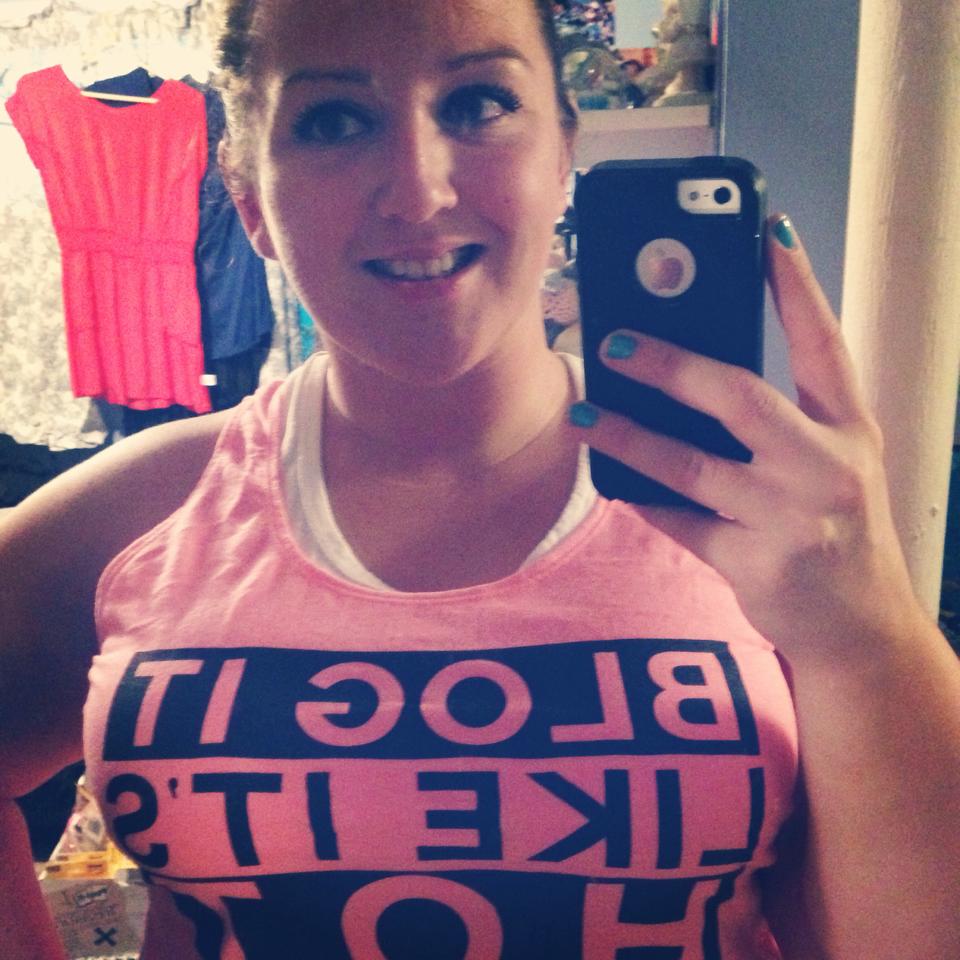 {shirt is from #IWYP, 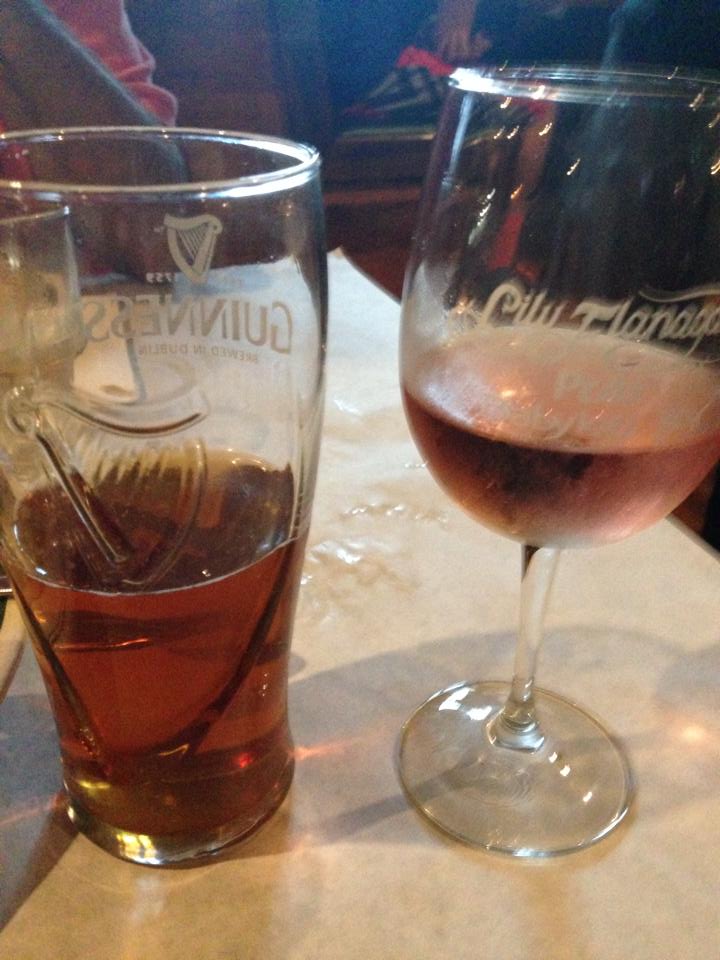 Friday night, CA and I went to dinner, courtsey of a Restaurant.com coupon, probably our favorite site to try new places, and get a little deal on our favorite places. We had to have a bill higher than $50, and received $25 OFF our bill! It was so nice to get a little break on it, but still have an amazing meal, I couldn’t tell you how awesome it was! I took some home and CA basically devoured his meal. 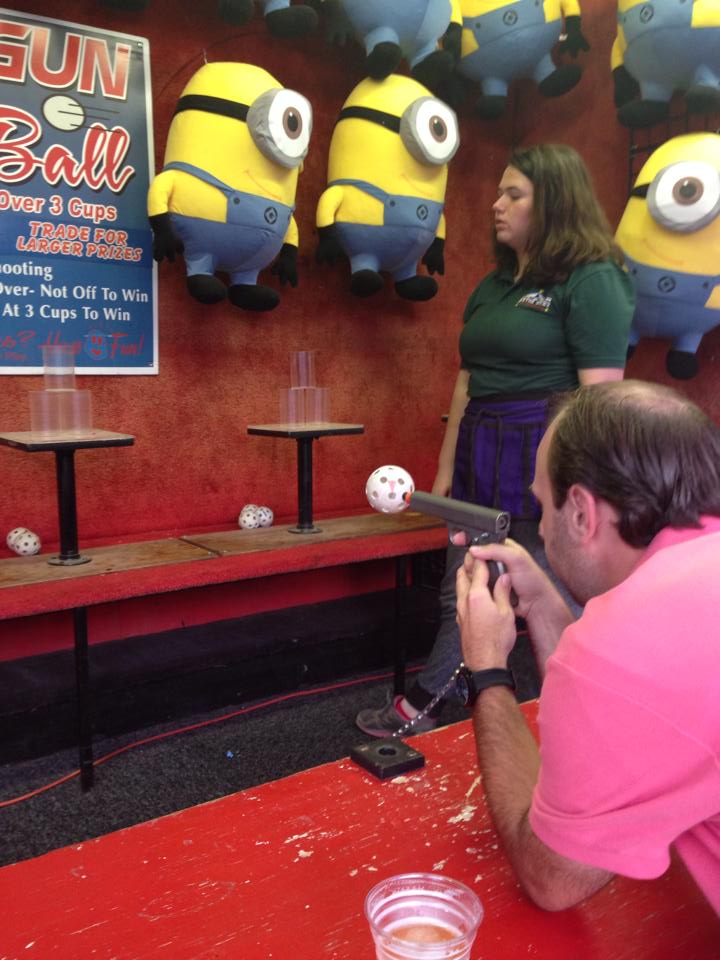 After a very filling dinner we went to a feast (aka fair) in our town to just walk around. CA tried to win me a very LARGE minion, cause I’m basically addicted to minions. He tried using a gun with a wiffle ball attached, 2 tries no minion, it’s okay cause I would have SUCKED at the game too. We headed towards the basketball shoot one, also minion as a prize, 3 shots no minons, but I also suck at basketball so eh it’s whatever. We walked around some more, and headed into the gambling portion of the feast, he played some blackjack and then a wheel spinning thing? All the money that he “lost” went towards the church so it was for an amazing cause. I ran into a very good friend while there so her and I chatted while CA gambled. After all that we picked up some zeeples, and headed home and basically crashed. 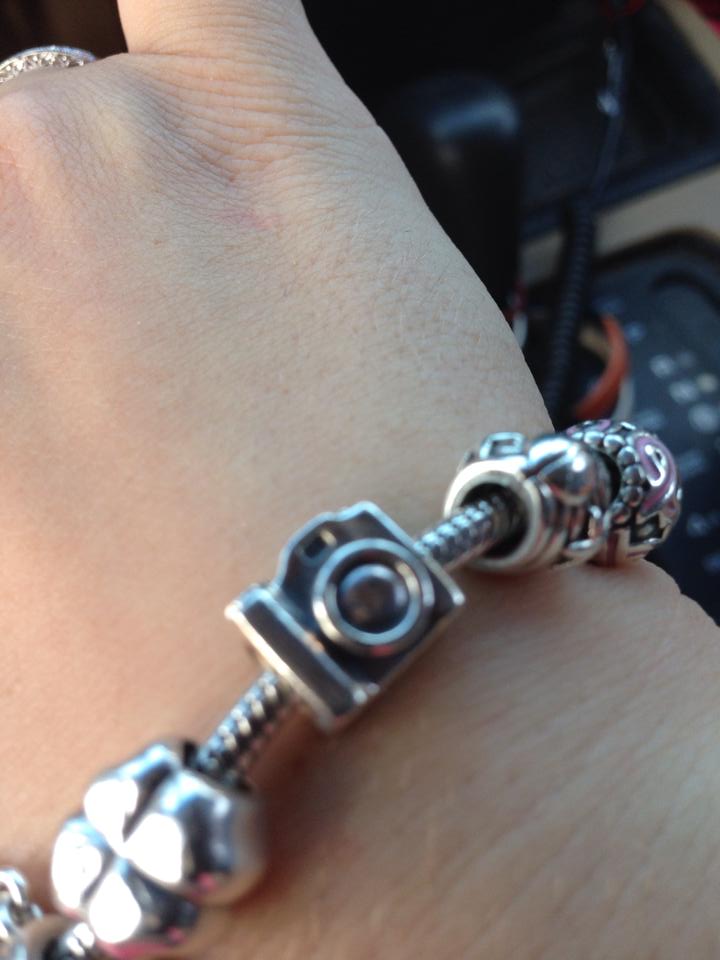 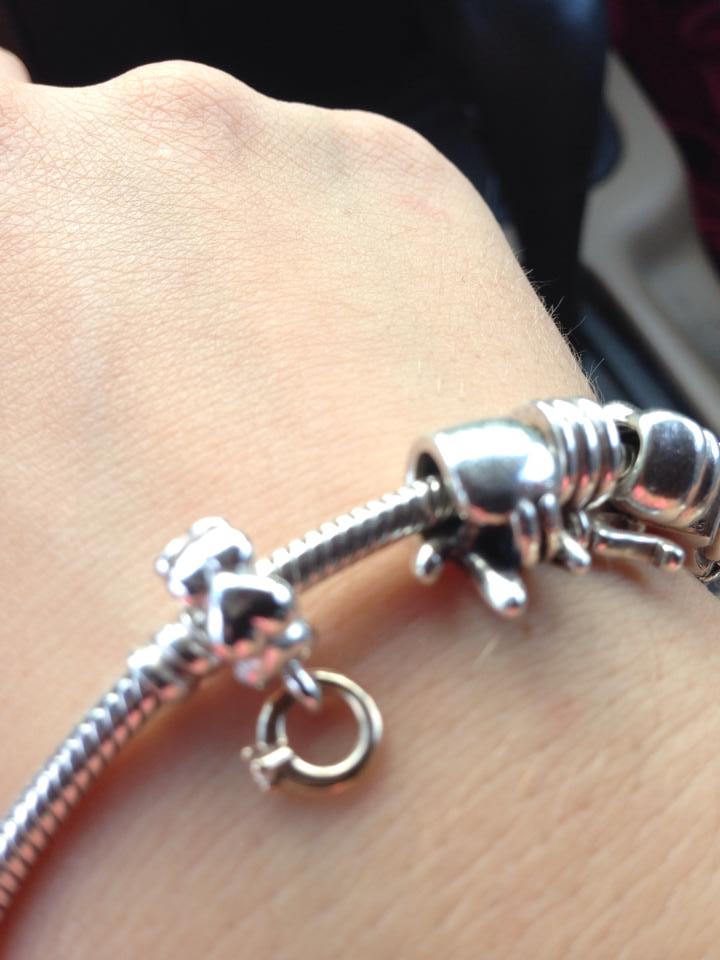 Saturday, CA had to referee some soccer games so he left at 10:30 after having some yummy breakfast. My mom and I started to paint our dining room, a nice deep grey/green color. No pictures just yet, we aren’t finished with the project but we get a lot more done than we had originally thought! We also went to Jared’s to have my rings inspected and cleaned as per the insurance every 6 month visit. My mum also spoiled me a bit, she bought me two new pandora charms! An engaged charm, and a camera, which both are adorable! She got herself an incredibly colored beach ball, which fits her personality perfectly. 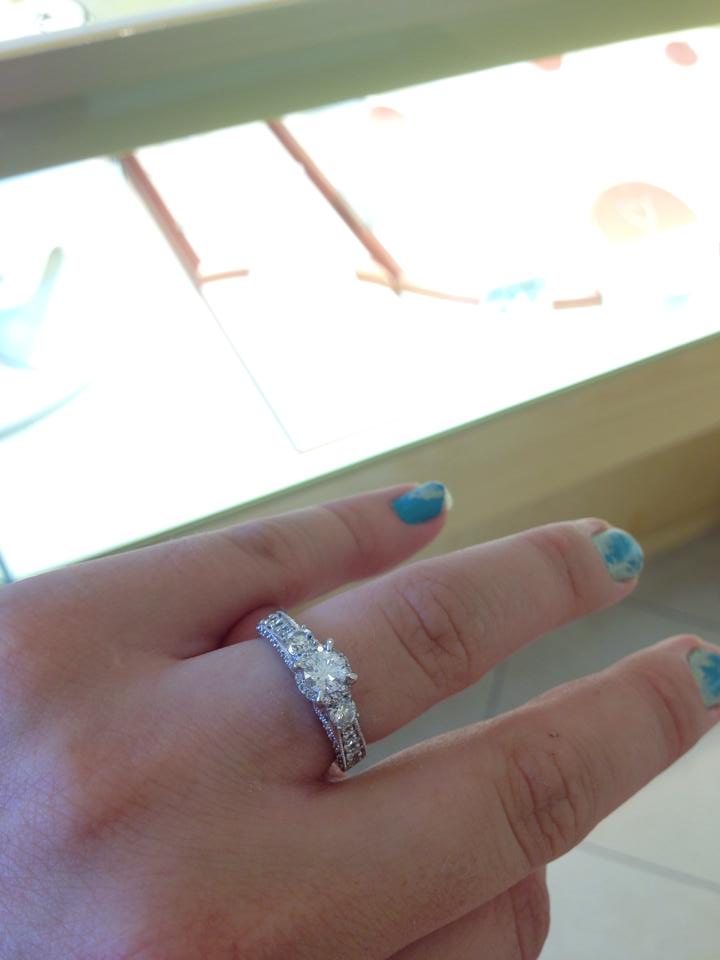 We picked up some Applebee’s on the way home, ate, and then relaxed the rest of the evening. I picked up CA at around 11ish from the train station so he wouldn’t have to wait too long for another long train. We came home and just crashed after he ate his late night food. 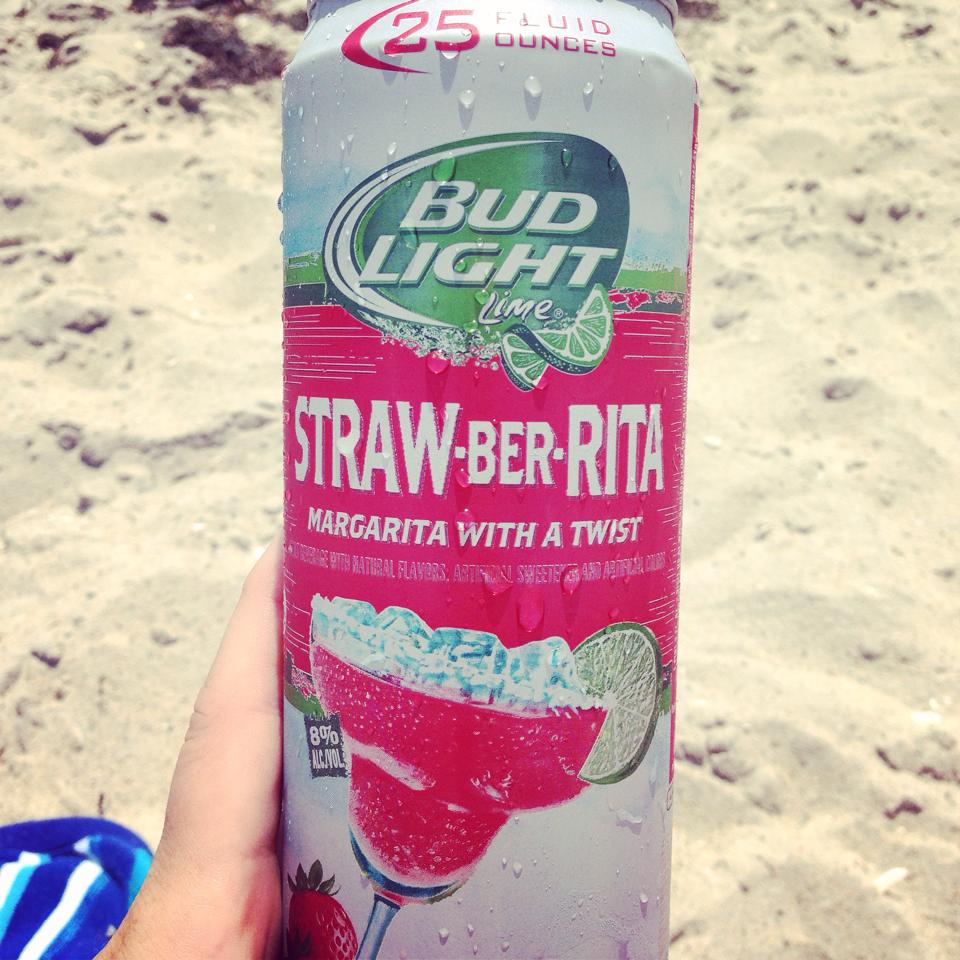 Sunday, we slept in nice and late… (aka 9am lol), I made pancakes ( I AM getting good at making them!) for everyone and then we went to pick up his car. We got ready for the beach and left at 12, and then were beach bums for a couple hours. We then headed back to my house and relaxed, ate yummy dinner courtesy of my mum, and just relaxed and watched Pacific Rim for a bit, which was actually not too bad of a movie.

Overall I had a great weekend, and this week won’t be too jam packed BUT I am extremely excited for tonight!!! I am going to David’s Bridal to check out some engagement party dresses!!!! It will also be used for, my engagement photoshoot, bridal shower, bachelorette party, and
rehearsal dinner. 🙂 I have NO idea if I’ll find anything but who knows?!

How was your weekend?! 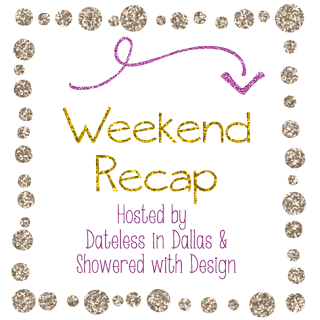 Your ring is gorgeous! Oh I love the new charms, they are so pretty:)