#mc_embed_signup{background:#fff; clear:left; font:14px Helvetica,Arial,sans-serif; }
/* Add your own MailChimp form style overrides in your site stylesheet or in this style block.
We recommend moving this block and the preceding CSS link to the HEAD of your HTML file. */
Subscribe to my mailing list

I had the MOST amazing
weekend with CA, and it all involves our friends Agata & John! Let’s start
with Friday night…

CA had the rehearsal dinner
to go to so I was home, made my favorite Mac N’ Cheese recipe with my mum, had
that for dinner and just relaxed and started to blog a bit until CA came over.
So basically did nothing for my Friday night, and with a full day ahead of
wedding stuff it was much needed.

Woke up, CA had a dentist
appt, so I made us breakfast when he was done; he left to go over John’s house
to start doing bridal party stuff. I showered, put about 5 million products in
my hair to attempt to get it curly, and threw it into a sock bun. Did make up,
which I’ve actually gotten better at applying my eye shadow, you know…. 10
years a little too late but that’s OK! I did some errands, and grabbed
starbucks to help give me an extra boost.

Around 2:15 ish, I headed
over to the church to see the ceremony, I met some new people Eric & Jackie
who are super nice…. also Eric runs an awesome & hilarious website called
Sneakhype, he actually posted about John’s
wedding and it’s pretty awesome pictures, go Check
It Out! Jess and I sat with them for the ceremony and then helped hand out
some bubbles! 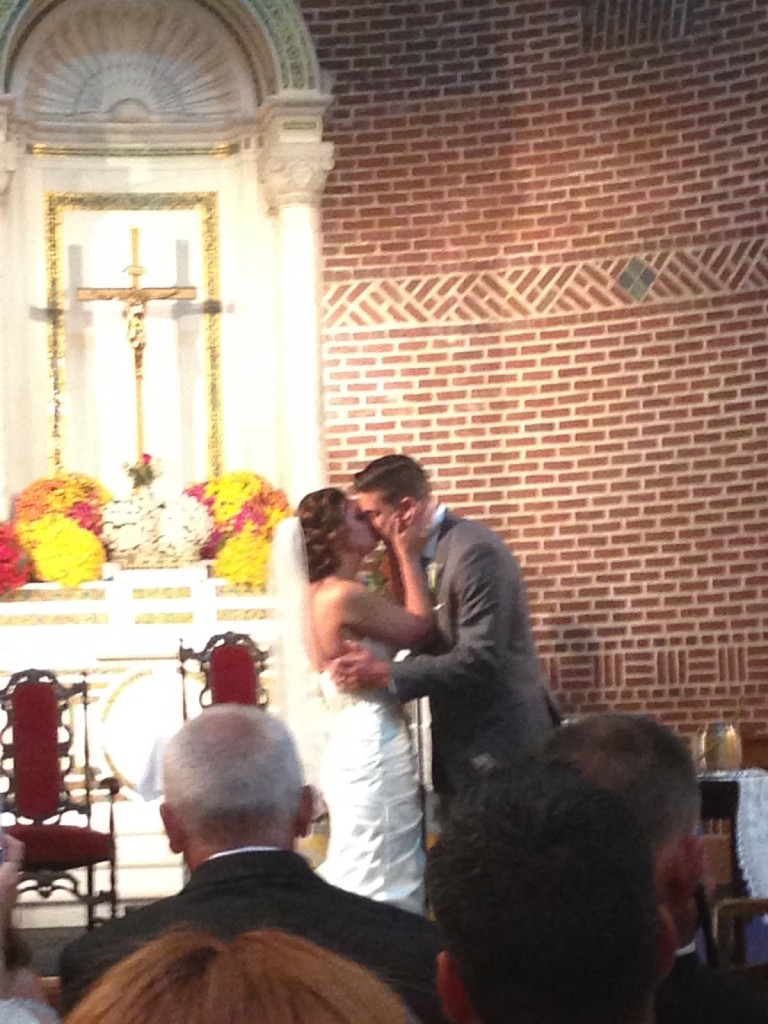 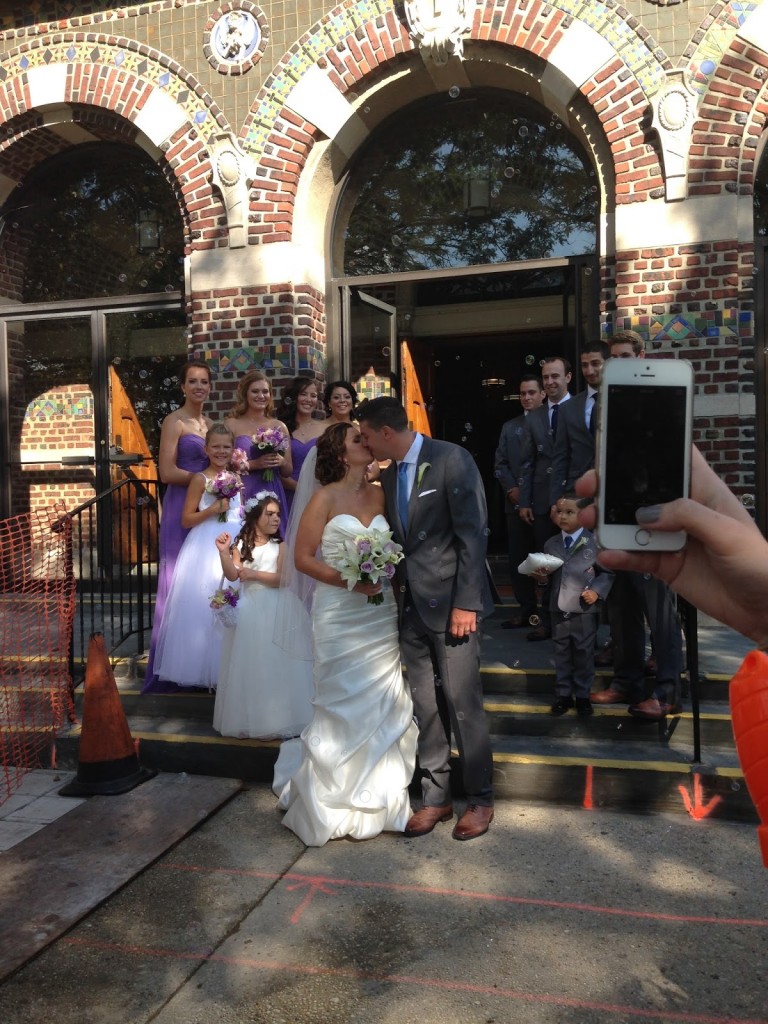 After the ceremony I headed
to the hotel to check in, after that I did… NOTHING and it was particularly
awesome just because I was almost 100% ready so I didn’t have to rush. I fixed
my hair out of the sock bun and did a little side do…. Just wanted my hair up
no rhyme or reason really. Fixed my makeup and put on my face (which is really
rare). Jess came up after checking in and we chatted a bit and then headed
downstairs. We chatted with friends and than her godmother picked us up and
dropped us off at the venue (which was awesome, we didn’t have to wait for the
shuttle). 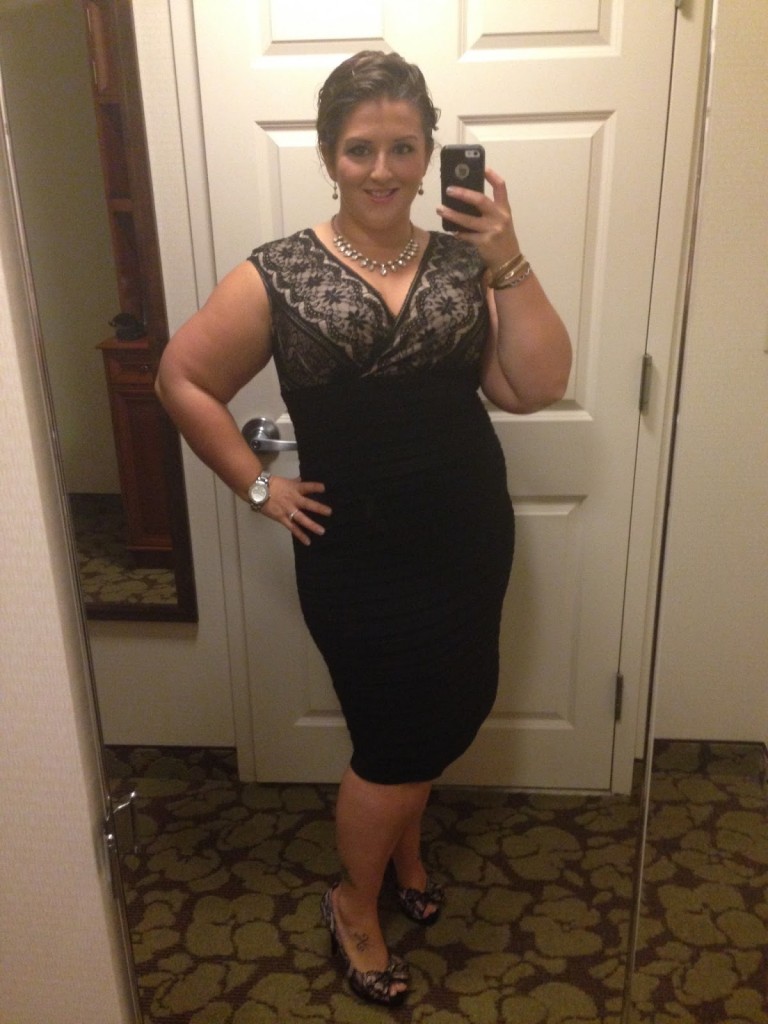 The venue was awesome, the cocktail
hour food was amazing, the bridal party including the bride and groom came out
to mingle and chat. CA was able to sit down with myself, Jess, Eric, &
Jackie, which was nice we all ate and talked. Our friends, who are getting
married in January 2015, arrived and we talked about getting married and all
that jazz. They also told us about a wedding they had gone to at a venue we
were looking at and it made us VERY happy that we weren’t having ours
there. 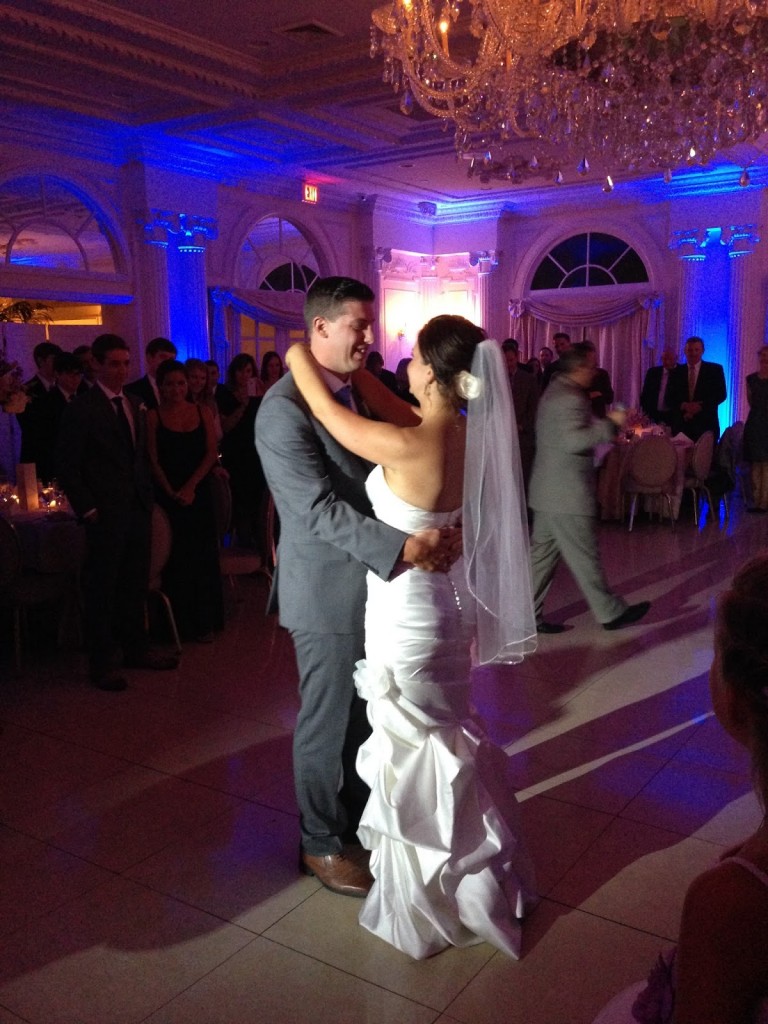 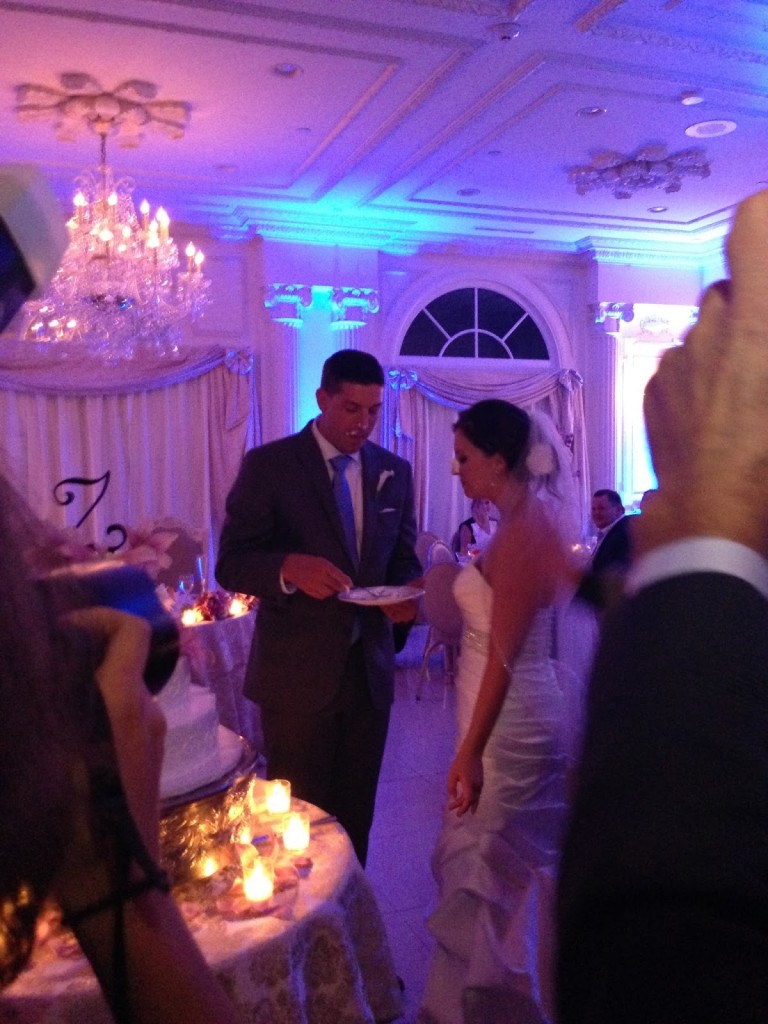 The actual reception/dinner
part was nothing short of hysterical, dancing, eating delicious food, and some
drinks all were called for. CA is the dancing king; I should have recorded some
of his moves, because they were pretty awesome. The DJ they had kept it pumping
and everyone wanted to be on the floor, the MC was also really great. They also
had a photo booth, I don’t know what happened to the 2 pictures I had but the
pictures we took WERE awesome (sad panda). 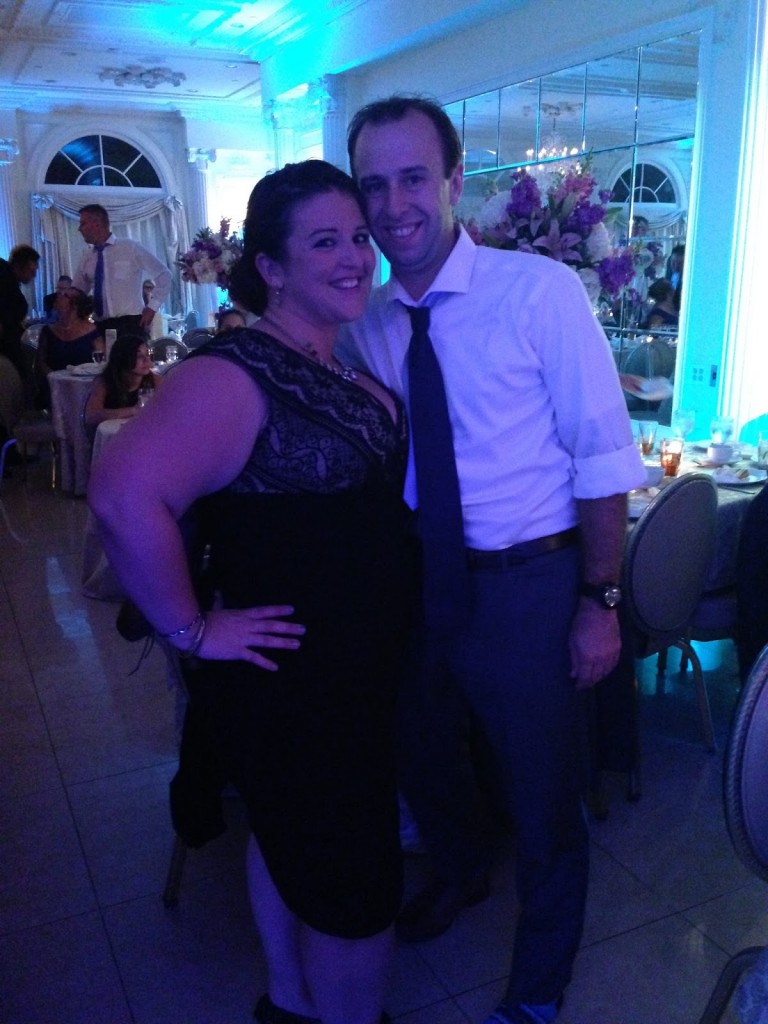 CA and I woke up around 8, got ready and headed down for our
breakfast, we mingled a bit ate and then headed back up to our room to take a
nap. Left around 12 said goodbye to everyone, and wish the bride and groom a
very happy Honeymoon! It was just a day of vegging out and watching football,
FINALLY my NY Giants won a game!
#Swolebiff and I are starting a new program today called She
Hulk, it’s all about the strength and being able to up our weight. I will be
giving weekly updates on the progress we make, we are suppose to up our weight
each week on anything that requires weight. Had a great weekend and hope to
have an even better week, the end of this week, Saturday is my BIRTHDAY!!!!